Energy Transition: Total Is Investing More Than €500 Million to Convert Its

European Stocks Rise; More Stimulus on Its Way? By Investing.com

Tudor Pickering Stick to Their Hold Rating for Ovintiv By Investing.com 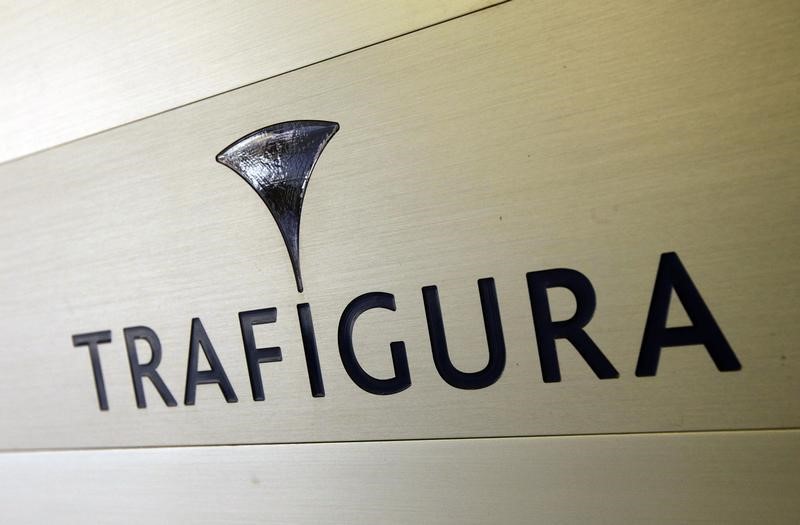 © Reuters. Trafigura Sees Oil Market Getting Worse Before It Gets Better

(Bloomberg) — Commodity trading giant Trafigura Group believes the oil market is about to go back into surplus as the demand recovery stagnates.

“We expect crude stocks to build into the year-end,” said Ben Luckock, co-head of oil trading at Trafigura. “Headline oil prices were a bit higher than they needed to be: $40 a barrel Brent is more sensible, and my gut feeling is that we will drift into the high $30s.”

The comments mark a bearish start to the annual Asia Pacific Petroleum Conference in Singapore, one of the world’s biggest oil-trading industry gatherings. With the coronavirus still ravaging countries around the world, the conference has been moved online this year and most companies have canceled the normal round of cocktail parties and dinners.

Trafigura has a vantage point over the global oil market as the world’s second largest independent energy trader, behind only Vitol Group. It was among the first to forecast the magnitude of the demand collapse in March and April. Now, the trading house is betting the oil market is about to enter another bearish phase despite the efforts of the OPEC+ alliance to balance supply and demand.

“This market looks worse in a couple of months than now,” Luckock said in an interview ahead of his online speech to APPEC, organized by S&P Global Platts. “I think lower oil prices are warranted.”

Oil traders including Trafigura are gearing up for a possible glut in and refined petroleum products, snapping up giant tankers for months-long charters so that they can be ready to store excess barrels if necessary.

The main problem is that demand, which recovered sharply over May and June, has plateaued. It’s now around 92 million barrels a day, compared with roughly 100 million barrels a day before the pandemic, according to Trafigura. The market consensus a couple of months ago was that consumption would steadily increase in the third and fourth quarters, but traders are now scaling back those forecasts as some nations struggle with a second wave of infections.

As a result, , the global benchmark, dropped below $40 a barrel last week for the first time since June. West Texas Intermediate, the American benchmark, has fallen to near $37 a barrel.

The summer driving season in the U.S., key for gasoline demand, was disappointing and with many Americans either unemployed or working-from-home for the foreseeable future, few see a quick recovery in oil consumption. The virus is still surging in India, weighing on energy demand there, although the outlook is better in China and Europe.

Diesel and jet fuel have been hit particularly hard as the virus leaves thousands of trucks idled and many flights canceled. Many refineries are making little money and, in some cases, actually losing it.

“I’m in no hurry to be involved in a recovery trade,” Luckock said. “We’re in a supply-heavy market and it’s a difficult situation to get through,” he said, adding that oil prices should start to rise again in the first quarter.

Disclaimer: Fusion Media would like to remind you that the data contained in this website is not necessarily real-time nor accurate. All CFDs (stocks, indexes, futures) and Forex prices are not provided by exchanges but rather by market makers, and so prices may not be accurate and may differ from the actual market price, meaning prices are indicative and not appropriate for trading purposes. Therefore Fusion Media doesn`t bear any responsibility for any trading losses you might incur as a result of using this data.

Fusion Media or anyone involved with Fusion Media will not accept any liability for loss or damage as a result of reliance on the information including data, quotes, charts and buy/sell signals contained within this website. Please be fully informed regarding the risks and costs associated with trading the financial markets, it is one of the riskiest investment forms possible.

Will Trump Bail Out Struggling Refiners?

Energy Transition: Total Is Investing More Than €500 Million to Convert Its

European Stocks Rise; More Stimulus on Its Way? By Investing.com

Tudor Pickering Stick to Their Hold Rating for Ovintiv By Investing.com

Oil Is Unlikely To Go Much Higher