U.S. Shale Faces Another Round Of Bankruptcies

Letters: Marshall positioned rightly, but with bias against the energy companies |


Most oil and gas companies want the positive press that comes with renewable investment, but actions speak louder than words. Equinor (NYSE:EQNR) is showing, with action, that it wants to be a different company, and I think it has what it takes to pull it off.

Here’s a closer look at how Norway’s energy giant is boldly investing in offshore wind, and why its efforts could make it one of the best ways to invest in the wind industry. 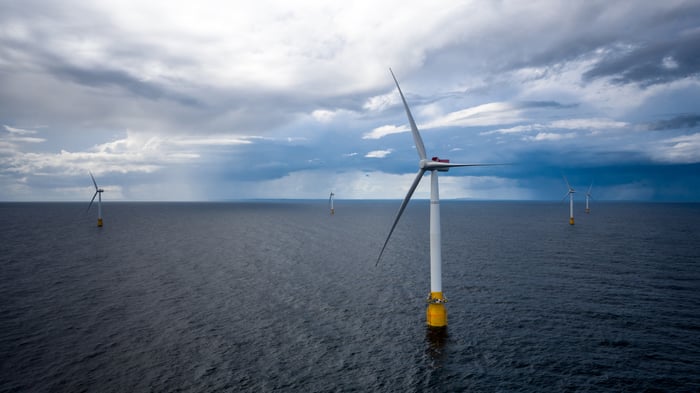 Equinor is better suited to invest in offshore wind than most companies. For starters, it has a real incentive. As mostly an offshore player along the Norwegian continental shelf in the North Sea, many of Equinor’s assets are mature. The company thinks it will only be able to keep those assets profitable at current levels until 2030.

Second, unlike onshore wind and solar, offshore wind is a much newer industry. Competition is low, and there’s plenty of room around the world for Equinor to enter into the market.

Third, much of Equinor’s expertise and decades of experience in offshore production can be applied to offshore wind. The company hopes to translate the processes behind its construction of oil and gas offshore vessels and platforms in South Korean shipyards to develop 200 megawatts (MW) of floating offshore wind projects off the coast of Ulsan, South Korea. It also believes that many of the operations involved in offshore oil and gas platforms can be converted to floating offshore wind, an even more niche subcategory of wind energy that captures stronger winds further out at sea when depths exceed 200 feet. Equinor believes around 80% of offshore wind’s potential is in deeper water.

Equinor’s total current renewables capacity is a mere 0.5 GW, but it plans to grow that number by 30% per year to have 4 GW to 6 GW of capacity by 2026. It currently has 2.8 GW of projects in development. Fifteen years from now, Equinor hopes to have a whopping 12 GW to 16 GW of renewable capacity.

At this moment, Equinor has four active projects and six planned projects that combine for at least 8.6 GW of capacity. In total, these projects can power more than 11 million homes per year. If all projects were completed by 2026, Equinor would be ahead of its 4 GW to 6 GW project capacity goal, and that goal was for all of its renewables, not just offshore wind. However, while Equinor is the operator of all of these projects, it has only a partial investment interest in many of them.

It’s too early to tell what the true profitability of many of Equinor’s offshore wind projects will be, but the company expects to generate unlevered project returns of 6% to 10% from its offshore wind investments over time. It expects it can generate an even higher return as it continues to allocate toward renewables, better manage projects over time, and gain economies of scale. Essentially, the company expects that it will achieve a competitive advantage — largely thanks to its quantity of projects and first-mover advantage — that will make its projects even more profitable than its preliminary estimates.

As one of the largest offshore oil and gas operators with decades of experience on the rough North Sea, Equinor’s aggressive investments into offshore wind appear to be a good fit.

Allenco Energy, which has operated a South Los Angeles drill site that spurred an outcry over nosebleeds and headaches...

U.S. Shale Faces Another Round Of Bankruptcies

More than thirty billion dollars: this is the size of the collective debt of oil and gas companies that...

Letters: Marshall positioned rightly, but with bias against the energy companies |

It was interesting reading Bob Marshall's column on land loss. As a person who flew over the marsh from...

Oil Companies Forced To Renegotiate Deals Or Risk Losing It All